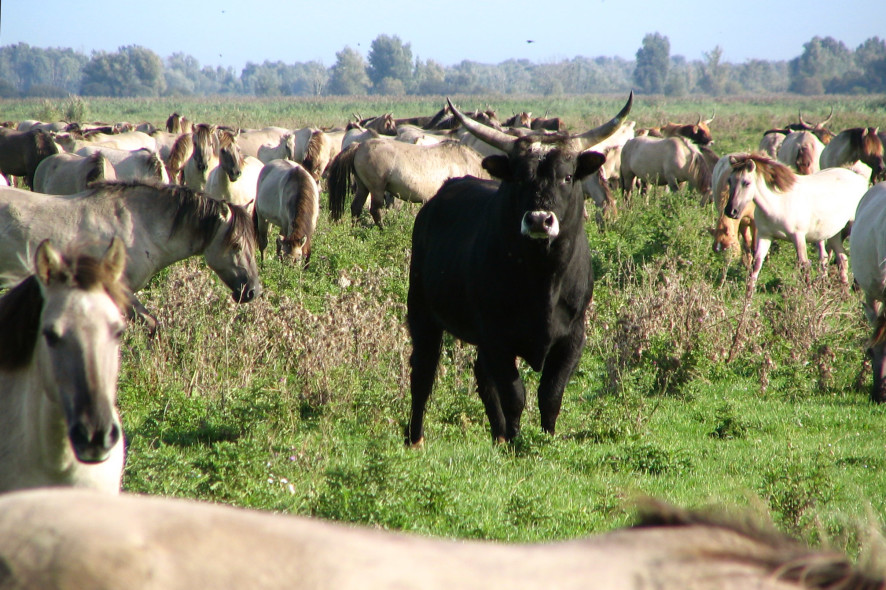 In the Netherlands, nature is largely a man-made enterprise. One has to look at history to understand the complex relationship the Dutch have with their nature.

By Frans-Jan Parmentier and Carline Tromp

Things are looking up for Dutch nature. After decades of bad news about pollution, disappearing plants and animals, forests and wetlands being demolished to make way for highways and industry, the 2000s brought good news about species on their way back. In March 2005, a rare black vulture was spotted in a nature reserve. Bird watchers and other nature enthusiasts celebrated the return of this bird of prey. A little too soon—only a couple of months later, the vulture crashed into a train speeding straight past its new home.

Such clashes between man and nature are not uncommon in a country the size of Nordland but with a population more than three times larger than that of Norway in its entirety. [pullquote align=»right»]No wonder the British saying goes: “God created the world, but the Dutch created Holland”.[/pullquote]Take the example of the Naardermeer, a wetland close to Amsterdam and the oldest nature reserve in the Netherlands. The area is bordered by power lines, and the Society for the preservation of nature monuments in the Netherlands (Natuurmonumenten) insisted that these posed a danger to a colony of spoonbills (large water birds) breeding there, because they could collide with them and die.

After a long debate, the decision was made to lower the power lines. By the time the bureaucratic and technical processes were through, however, the birds had long since moved on to other places.

To understand the complex relationship between the Dutch and their nature, one has to look at history. With so many people living in a small, low-lying country, always at the risk of flooding, a great deal of ‘nature-management’ was required from early on. Already in the 7th century AD, the Dutch started to fight against the sea by building dikes.

And why stop there? If you could keep out the sea, you could also pump the water from lakes! Thus, the polders were born. From the 16th century onwards, lakes—often created by the Dutch themselves when digging for peat—were drained by the thousands with the use of windmills, and turned into farmland.

No wonder the British saying goes: “God created the world, but the Dutch created Holland”. Nature management doesn’t stop with water, however. It is sometimes jokingly said that there isn’t a tree in the Netherlands that wasn’t planned by a civil servant. And there is some truth to that, as all forests in the Netherlands were planted at one point in time, with no ancient woodlands remaining.

Because of the ever-growing population and its attempts to control nature, a lot of species have disappeared from the Netherlands—displaced by loss of habitat, hunted to extinction, or poisoned by pollution. Human involvement is not always bad, though: when Amsterdam decided to turn the aforementioned Naardermeer into a dumping ground a century ago, a group of citizens responded by buying the land and turning the area into the nature reserve it is today. As such, the first nature preservation society was founded, and many others followed.

In a country as densely populated as the Netherlands, however, saving nature isn’t always easy. A railway already intersected the Nardermeer reserve, and these days it is bordered by another railway, a motorway and the infamous bird-killing power lines. This fate is shared by many little pieces of nature, surrounded by cities, roads and other infrastructure. This has led to a plan to connect all of these fragmented pieces with bridges and underpasses, to allow for safe crossings for animals. While the idea makes ecological sense, and has been a success in some areas, it is also another example of how the Dutch make nature play by their rules.

Return of the wild….

Typically, one of the most interesting nature reserves in the Netherlands, the Oostvaardersplassen, came into being as the result of a change of plans. At the edge of a large polder that used to be the bottom of the sea, a piece of previously drained land remained that was too wet to be used for housing or agriculture. Instead, it was turned into an ambitious attempt to bring back nature.

Large herbivores were introduced in the 1980s, and a couple of decades later, the Oostvaardersplassen were home to around 3,000 red deer, [pullquote align=»right»]A railway already intersected the Nardermeer reserve, and these days it is bordered by another railway, a motorway and the infamous bird-killing power lines.[/pullquote]300 large cattle and Europe’s largest population of wild horses (around 1,000)—in addition to smaller animals. These are all considered wild, even though the area where they live only measures 56 km2, surrounded by a railway—again—and is located under the approach path for planes heading for Schiphol Airport.

In 2013, a documentary film about the area turned into a hype. “The New Wild” is styled like a classic nature documentary and shows the life of animals in the Oostvaardersplassen, accompanied by dramatic music and gripping stories told by a voice-over. The film was broadcast on national television and enjoyed great popularity, but also caused debate. Critical voices pointed out that the filmmakers never once showed the railway or other traces of human activity, accusing them of painting a far too romantic picture of wildlife in the Netherlands.

Biologists have also criticized the project. Growing wildlife populations may sound like a success, but the result is that the small area is overcrowded with animals. In nature, of course, populations grow and decline all the time. If there are too many animals in a given area they migrate, otherwise not all of them will survive. However, migration is often impossible in this planned, contained and closely monitored reserve, leaving starvation as the inevitable outcome of overpopulation.

Letting nature run its course has, therefore, been met with many objections. Although everyone welcomed the return of the wild, few people seemed prepared to watch horses die from cold and starvation. After all, it was we who put them there in the first place. Someone had to do something! Feeding the animals has its downsides too, however, as it doesn’t solve the underlying problem of overpopulation—on the contrary, it sustains it.

Discussions like these frequently arise in the Netherlands, always revolving around the larger question: How far can we go in building, shaping and helping nature along? And when do we have to say stop?

Another question may be just as interesting: why do the Dutch work so hard to re-construct natural landscapes that have disappeared centuries ago? Part of the answer may be a romantic idea of Nature and a yearning after a long-lost part of ourselves, a variation of the fascination for the wild that inspired Romantic painters and poets in the 19th century.

Another reason for us to create nature may actually lie in the social and cultural aspect of it. Nature organizations are often dependent on large amounts of volunteers, [pullquote]Although everyone welcomed the return of the wild, few people seemed prepared to watch horses die from cold and starvation.[/pullquote]working together to build bridges, mow away the grass, count birds and so on. “Creating nature” thus turns into an enormous common project, and a successful one at that. Several rare and red-listed species have come back, the water is cleaner, and—perhaps surprisingly—today the area covered by forest is more than three times larger than it was in the 1800s. All in all, both nature and people do benefit from all the hard work being done.

Coming to the Netherlands from larger and wilder places, one may smile about stamp-size patches of forest and the ever-present fences, information signs, and neatly maintained foot- and bicycle paths that pop up everywhere. It is easy to be disdainful about Dutch nature—and to be fair, there are enough things to be critical about when it comes to micro-management of nature, as we have seen.

We could easily have made this article a funny story about the silly Dutch, or a tearjerker about nature losing terrain to man. While all of this is true, one has to be impressed by the achievements of citizens and organisations alike—fighting for nature in a country with a long history of fighting against it. Like it or not, in Europe’s most densely populated country, man and nature simply have to enter into alliances to make things work.

Frans-Jan Parmentier is a physical geographer who works in the Artic.

Carline Tromp is a philologist and the editor-in-chief of Argument.

Astrid van Wesenbeeck is a photographer. See more of her photos on her Flickr page.

Wolf Schouten is a photographer. See more of his Dutch nature photos on Beeldenaars.net. 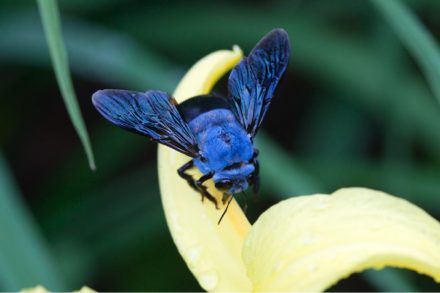 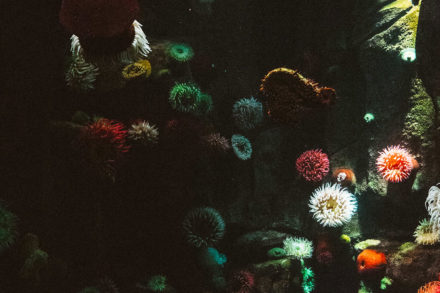 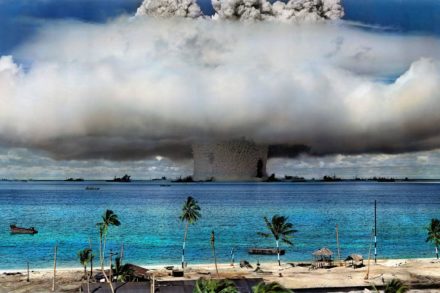