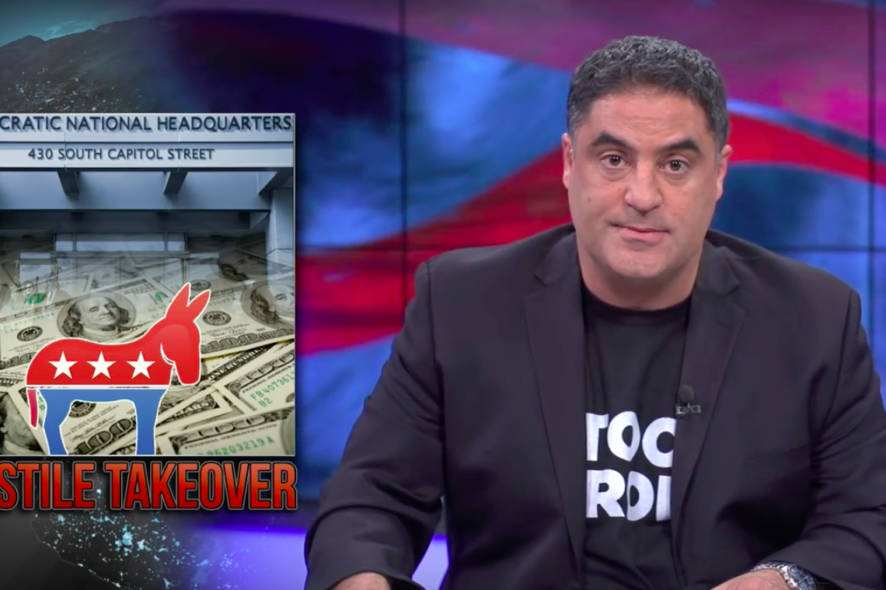 The Justice Democrats are an organisation planning to take over the Democratic Party from the left. It is very much a populist initiative, describing themselves in the words of Kyle Kulinski, one of its founders, as a “movement of, by and for the people, funded by the people”. On one hand, this means that they reject the idea of taking money from corporate donors, taking only small donations from ordinary people – while stating that their end goal is to “take money out of politics” altogether. On the other hand, they call on the participation of ordinary citizens. As of March 21, according to co-founder Cenk Uygur of The Young Turks (TYT), they have raised over one million dollars, and over 200 000 people have signed up.

What are they planning on doing with this strength? In Uygur’s words, they want to “put a significant number of Justice Democrats in the Congress” by 2018, and to “more significantly take over the Democratic Party” by 2020. As of late March, they have 83 candidates ready for the primaries, having gone through four stages of “vetting”. In addition to Kulinski and Uygur, the founders also include Saikat Chakrabarti and Zack Exley, both veterans of the Bernie Sanders campaign.

Taking down the corporate Democrats

Following in the wake of Sanders’ relatively successful bid for the presidential candidacy, the Justice Democrats describe themselves as “the Bernie Wing” of the Democratic Party. Although the initiative was launched directly on the heels of Trump taking office, it is not so much a response to the inauguration as it is to the presidential election. It is, most of all, a challenge to Hillary R. Clinton and the establishment of the Democratic Party.

The platform of Justice Democrats consists, in their own words, of «the ideas the Democratic Party was supposed to represent all along.

In the Justice Democrats’ opinion, the responsibility for the victory of the least popular presidential candidate in recent American history lay with Clinton and the establishment. Rather than explaining Trump’s victory through bigotry or lack of unity on the left wing, they say that the establishment Democrats are unable – or perhaps even unwilling – to represent their voters and their interests. The Democratic establishment, in Kulinski’s and Uygur’s opinion, are in the pockets of their donors. That, they say, is how a millionaire who has both outsourced jobs and employed illegal immigrants could win the general election, despite having a 60 % disapproval rate. In their mind, the answer to this must be to take money out of politics, start representing voters, and offer them change from the left.

Justice Democrats ascribe Sanders’ success to the popularity of his policies, and aim to fight for the same policies. What are these? The platform of Justice Democrats consists, in their own words, of “the ideas the Democratic Party was supposed to represent all along”. To them, this means changing the United States of America to resemble other developed countries. From a Scandinavian perspective, most of their proposals are moderate. In the American context, however, they are more revolutionary.

In principle, they share some elements of their platform with establishment Democrats. They promise to oppose bigotry, defend free speech, and change the environmental policy. Other policies shared by many (but not all) on the mainstream of the American left include ending “the failed war on drugs” and ending “constitutional overreaches” such as surveillance and government data collection. However, many other elements of their programme place them economically on the far left wing in the US. As mentioned above, one of their most important goals is “to take money out of politics”, i.e. electoral reform. Other central policies include raising the minimum wage and tying it to inflation, raising the standard of the American infrastructure, introducing tuition-free higher education, and introducing universal healthcare.

This last point is one of the areas where the Justice Democrats are the most angry with establishment Democrats. They argue that former president Barack Obama had the opportunity to introduce a single-payer healthcare system like he originally planned. However, he ended up with what originally was a Republican policy from the nineties: the current Affordable Care Act (ACA, labelled “Obamacare” by opponents), an individual mandate system. Although Justice Democrats concede that the ACA has ameliorated the situation from being “abysmal and atrocious” to being “just abysmal”, they quote a study that reports that the United States, even with “Obamacare”, is ranked 37th in the world in healthcare. They think that the United States are not only fully capable of catching up with the rest of the industrialised world, but that they can become number one.

Even now, Justice Democrats are participating in the fight to introduce universal healthcare – in cooperation with other progressive forces. While Senator Sanders has introduced a universal healthcare bill in the Senate, Representative John Conyers Jr. of Michigan has introduced a similar bill in the House: HR 676. Along with Justice Democrats, National Nurses United and Brand New Congress have supported this bill from the start. President Trump himself has on several occasions stated that “I believe in universal health care”, and the Democrats’ plan is to hold the president to his word.

Justice Democrats concede that the ACA has ameliorated the situation from being «abysmal and atrocious» to being «just abysmal».

Not surprisingly, not every House Democrat has been on board from the start – many of the establishment Democrats seem more than content to simply defend the ACA. Thus, Justice Democrats have urged their followers to call their local congressmen and push them into cosponsoring the bill. They believe this has played a role in the increase of representatives who cosponsor the bill: In late March, the bill had 72 cosponsors – whereas by April 21st the number has risen to 99 representatives, a slight majority of the 194 House Democrats. Kulinski has said they have even received telephone calls from representatives who say they received so many phone calls they simply had to support the bill.

On April 18th, Kulinski himself even called Senator Dianne Feinstein of California while on the air. This happened after she was booed out in a town hall meeting where she was hesitant to support a single-payer system. Naturally, the Justice Democrats concede, it is highly unlikely that HR 676 will pass. Even so, they stress that by fighting for this policy and other popular policies, the Democrats stand a much larger chance of gaining a majority in Congress in 2018.

A Farewell to Arms

Critics might add that these policies are expensive. The Justice Democrats answer essentially that they would collect this money from two sources. First, by ending billionaire and corporate tax-dodging, and in general collect more tax revenue from the richest tier of American society. Second, they aim to end American imperialism. According to the Justice Democrats, the existence of the roughly 800 American military bases around the world neither makes the USA more secure, nor more popular. They see the wars in Afghanistan, Iraq and other countries as, in the best case, an unnecessary waste of money, in the worst case as genuinely damaging to the international relations of the USA. Not the least central part of this is their explicit aim to end all sales of arms to human rights violators, such as Saudi Arabia (described as “ISIS that made it”) and Israel.

Do they stand a chance?

One might ask if this kind of left-leaning policy is realistic in the American context. Isn’t the whole political spectrum further to the right than in Europe, economically speaking? Not so, according to the founders of Justice Democrats. Kulinski and Uygur quote several polls, prominent among these a Vox poll from January 29-31, 2016, essentially showing that many of Sanders’ policies are popular among the American people. For example, 55 % of Americans want a single-payer healthcare system. What the founders of the Justice Democrats stress is that the political spectrum among politicians in Washington DC is much further to the right than in the American population as a whole. Even many self-described conservatives support these policies. The Justice Democrats openly admit it will not be easy, but they point to the fact that Sanders, even with the entire Democratic establishment against him, won 22 states and 47 % of the votes in the Democratic Primaries.

Norway is not in short supply of people who claim to be experts on American politics. However, while researching this article, I found but one mention of the Justice Democrats, in an article in Klassekampen dated January 26. Nor have any other progressive initiatives (Brand New Congress and Our Revolution, to mention two prominent examples) generated a lot of attention in the Norwegian media. Whether or not the Justice Democrats will end up playing a decisive role in American politics is still uncertain, but given their success so far, they are worth paying attention to. 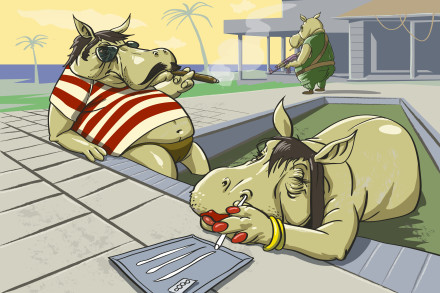 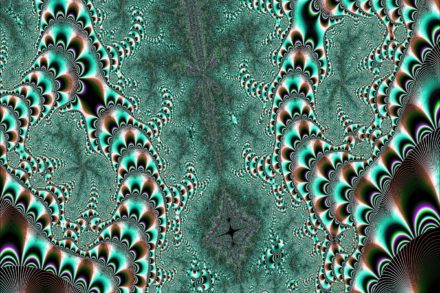 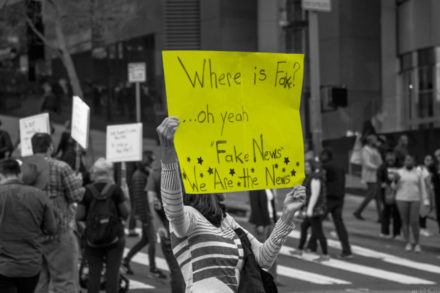