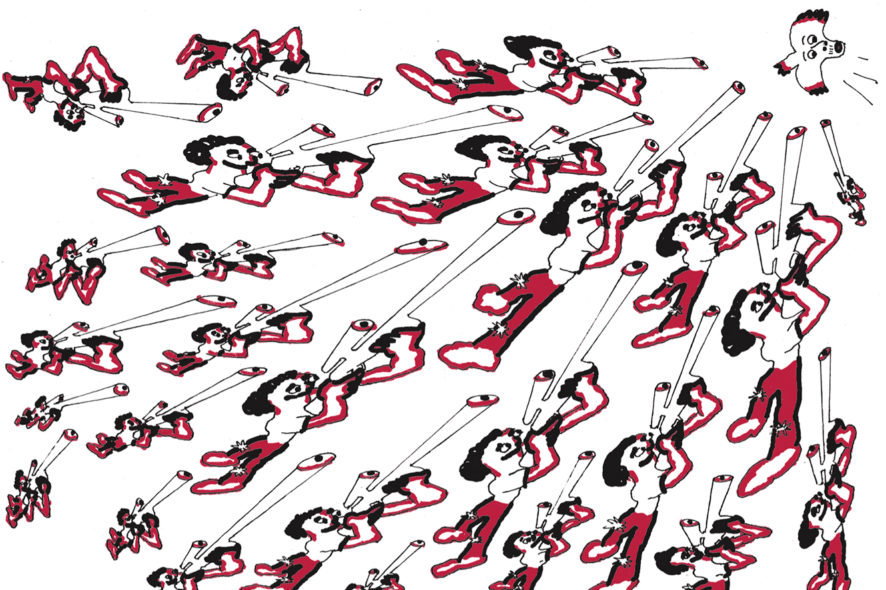 «The question is not can they reason? Nor, can they talk? But can they suffer?» – Jeremy Bentham

This quote was the catalyst that fuelled my decision to become vegan. The proposition of giving up meat, which had seemed so absurd mere moments prior, suddenly seemed like the only way that I could continue living with a clear conscience. While it took me several months to make the transition, make it I did. The suffering of sentient creatures was not the only factor behind my decision. Others included an impression that consuming meat was generally unhealthy, and the effect that factory farming has on the environment and the animals. I went on to be a vegetarian, and then a vegan, for about 18 months in total. And then I decided «fuck it, I’m going to start hunting». The switch was not quite that abrupt in reality, but the end result is the same; a person who supposedly cares about animals is now plotting to hunt them down in order to consume their (delicious) flesh. As crazy as this may sound, I have what I consider to be good reasons for picking up hunting, some of which I will now enumerate.

Meat and health
The easiest place to start is with the impression that meat is unhealthy. A cursory glance at the current science can easily cause one to reach the conclusion that meat is carcinogenic. However, I don’t take such claims at face value anymore because virtually every study that supposedly «proves» that meat «causes» cancer is epidemiological. When doing hard science (like physics) scientists generally follow the scientific method, which loosely goes as follows: make an observation, ask a question, form a hypothesis, conduct an experiment, accept hypothesis if the experiment succeeds or reject it and go back to «form a hypothesis» if experiment fails. Epidemiological studies lack the experimental component, and without a controlled experiment it’s not possible to distinguish the relationship between cause and effect. While there is a correlation between meat consumption and certain cancers, we cannot determine the causal factors based on current evidence.

Case in point; in 2016 a study titled «Association of animal and plant protein intake with all-cause and cause-specific mortality» was released. Upon release it was the largest population study to date which demonstrated the aforementioned correlation. However, a careful analysis within the paper revealed that the correlation between high meat consumption and cancer mortality only held if the individual in question had at least one other unhealthy lifestyle factor, such as a high consumption of sugar, smoking, lack of physical exercise etc. Does eating meat cause cancer? It’s possible. Is it reasonable to assume that it does based on the currently available evidence? No.

Giving up veganism required more than becoming unconvinced that meat was unhealthy. I still believed that killing animals merely for the taste of their flesh was unethical, after all. The next piece of the puzzle was discovering evidence for the health benefits of eating meat. Meat contains a hormone called IGF-1, which plays an important role in a range of bodily functions such as muscle growth, brain development and brain function. Most of the beneficial components in meat (like protein) can also be found in plants. However, the plant-based sources are often inferior to the meatbased ones. The specific amino-acids that make up the protein may not be optimally balanced, iron from plants is not as bioavailable, and so on.

As a vegan I experienced several health issues, the most serious of which was eating so much tofu that I almost became a so-called «soy boy». Milder issues included brain fog and ingestion. This leads me to a point on diets: there is no one size fits all for humans. Humans, while mostly similar, are still genetically diverse enough such that the optimal human fuel varies significantly between populations. So, while plant-based diets may work in principle, my personal experience was not conducive to adopting it as a permanent lifestyle. After becoming convinced that eating meat was in my best interests health wise, I decided I had an ethical case for eating meat. While I still don’t believe that animals should suffer needlessly, if it’s a question of my health versus the life of a non-human animal, I don’t believe it’s unreasonable for me to prioritize self-preservation.

The sustainability argument
After reaching the aforementioned conclusion, I was still left with a dilemma. I noted earlier that I believe it’s unethical to inflict needless suffering on animals, and I can think of no better example of needless suffering than industrial factory farming. How can one eat meat whilst simultaneously refraining from contributing to that engine of unmitigated agony? This is the link in my chain of reasoning that introduces hunting. While I do not doubt that hunting visits some suffe- ring upon animals, I believe that the amount is less than any other alternative.

Norway has few natural predators, which means that hunting is important for controlling population size. If the Elk population started growing unchecked, they would eventually start consuming the vegetation at an unsustainable rate. This would lead to a food shortage and death by starvation, not only for the Elk, but also for other herbivores who rely on the same food sources. Some may be tempted to argue that reintroducing natural predators would be a more ethical way of controlling the populations in question. These people have probably never seen a pack of wolves or bears eating prey before. Wolves will often chase their prey until it collapses from exhaustion, at which point they often start eating while the animal is still alive. I posit that getting shot in the lungs with a rifle – which typically causes the animal to lose consciousness within the range of tens of seconds – causes less suffering than being chased down and eaten alive.

Hunting in Norway is highly regulated. The goals of the regulation are two-fold: to prevent animal suffering as much as possible, and to ensure that the practice remains sustainable. I believe there is an argument to be made that due to the sustainability, food gained by hunting is more ethical and causes less overall suffering than purchasing vegetables at a typical supermarket. Farmable land is created by clearcutting all of the pre-existing vegetation in an area. This obviously leads to the death of animals: Habitats and food sources are destroyed, and cute bunnies by the millions get run over by machines. So, unless you grow all of your food yourself you cannot escape contributing to the death of animals in one way or another.

An even harder hurdle to overcome is the fact that most of the produce that is available year-round (tomatoes, rice, wheat, beans, avocado, etc.) is grown as a monoculture. A monoculture is a single crop grown repeatedly on the same patch of land. This produces a high output of that single crop, but only temporarily. Growing a single crop repeatedly eventually depletes the soil of the minerals and nutrients that make it fertile. Given enough iterations this eventually leaves the soil completely barren, making it virtually impossible for plants to grow there anymore. If we continue with this practice, we will eventually exhaust all the fertile soil on the planet.

I do not think hunting alone is the solution to all of the world’s food problems. There is a limit to how many people can hunt sustainably after all. But I do believe that it can be part of the solution. Complex problems rarely have simple, single variable solutions. Given that sustainable hunting in Norway causes less overall harm than buying food from the grocery store, I believe it’s a morally defensible practice that more people should engage in. 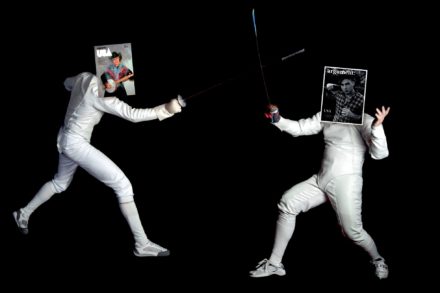